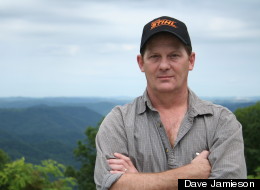 Dave Jamieson, Huffington Post
Kentucky miner Charles Scott Howard lost his job at Cumberland River Coal Co. last May, after years of butting heads with management over safety issues at the mine. Now, more than 13 months later, Howard may suit up and head back into the mine, whether his employer likes it or not.
A federal judge ordered Friday that Howard’s company immediately reinstate him at the mine and pay a $30,000 fine for discriminating against a whistleblower. The sharply worded decision said managers at Cumberland River, as well as its parent company, coal giant Arch Coal, went to great lengths to find a reason to fire Howard after he brought his mine to the attention of federal safety officials.
“It is obvious that [Cumberland River] worked diligently to end Howard’s employment,” wrote Margaret A. Miller, an administrative law judge for the Federal Mine Safety and Health Review Commission. “The discrimination against Howard ran through [Cumberland River] and its parent, Arch, at the highest management levels.”
Read entire article here.