For the first time since 1972, the Department of Labor has passed new respirable coal dust standards for U.S. coal mines. The updated limit, which was originally proposed in 2010, lowers the allowable level of coal dust from 2.0 mg/m³ to 1.5 mg/m³ — half of the limit originally proposed by the Mine Safety and Health Administration and suggested by the Centers for Disease Control.

The new rule will also equip miners with personal dust monitors that generate respirable dust information. This will allow miners to avoid areas of the mine that contain large amounts of coal dust if those areas have not been properly ventilated or treated with dust suppressants. 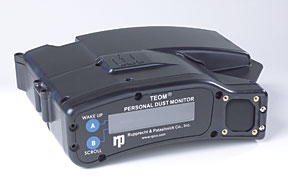 The 1969 Federal Coal Mine Health and Safety Act established environmental dust standards for underground coal mines. The Act required that the average concentration of respirable dust in the active workings of a mine be maintained at or below 3.0 mg/m³; and, that effective December 30, 1972, the 3.0 mg/m³ standard be reduced to 2.0 mg/m³.

At the time, this was the most stringent dust standard in the world. It received near universal opposition from coal operators and industry lobbyists, who claimed that the standard would place unnecessary burdens on companies and result in less wages for miners. Today’s announcement is expected to draw similar criticisms from the industry. But, as The Huffington Post‘s Dave Jamieson reports, “the reforms were recommended going back to at least the 1990s, and occupational health experts have said the changes are commonsense and long overdue.”

It is important that the new rule is enforced. Many miners will remember the lack of enforcement in the years following the original 1972 dust standard. A 1974 study of dust conditions conducted by the U.S. Bureau of Mines concluded that miners were being exposed to “grossly excessive amounts of respirable dust.” A year later, a study by the General Accounting Office found so many weaknesses in the dust sampling program that the researchers were forced to conclude: “Current procedures [make it] virtually impossible to determine how many mine sections are in compliance with statutorily establish dust standards.”

Many of the enforcement failures of the original dust standard were a consequence of giving control of the sampling program to coal operators. With the new dust monitors mentioned in today’s announcement, miners will be empowered to refuse to do dangerous work. Tony Oppegard, a mine safety attorney who works with ACLC on mine safety cases, explained the significance of the new monitors. “It’s a revolutionary idea that will prevent miners from breathing excessive amounts of coal dust. Miners have never been empowered in any way. Now it’s a whole different ballgame. Miners can insist on being in air that meets the standard.”

If the new dust standards are not enforced, miners can potentially use dust level information provided by the monitors in legal cases against coal operators. MSHA, private attorneys, and public interest attorneys can represent miners in these cases. However, as we’ve pointed out before, personal safety measures do not alleviate the risk of coal dust explosions, similar to what occurred at Upper Big Branch in April 2010. Therefore an aggressive enforcement framework is absolutely necessary to ensure that coal dust is reduced in the overall mine environment, so that the safety of miners is guaranteed.

The new rule will be phased in over a period of two years.